Home » IS7037 Density Of Liquids: The Color Column Demonstraton 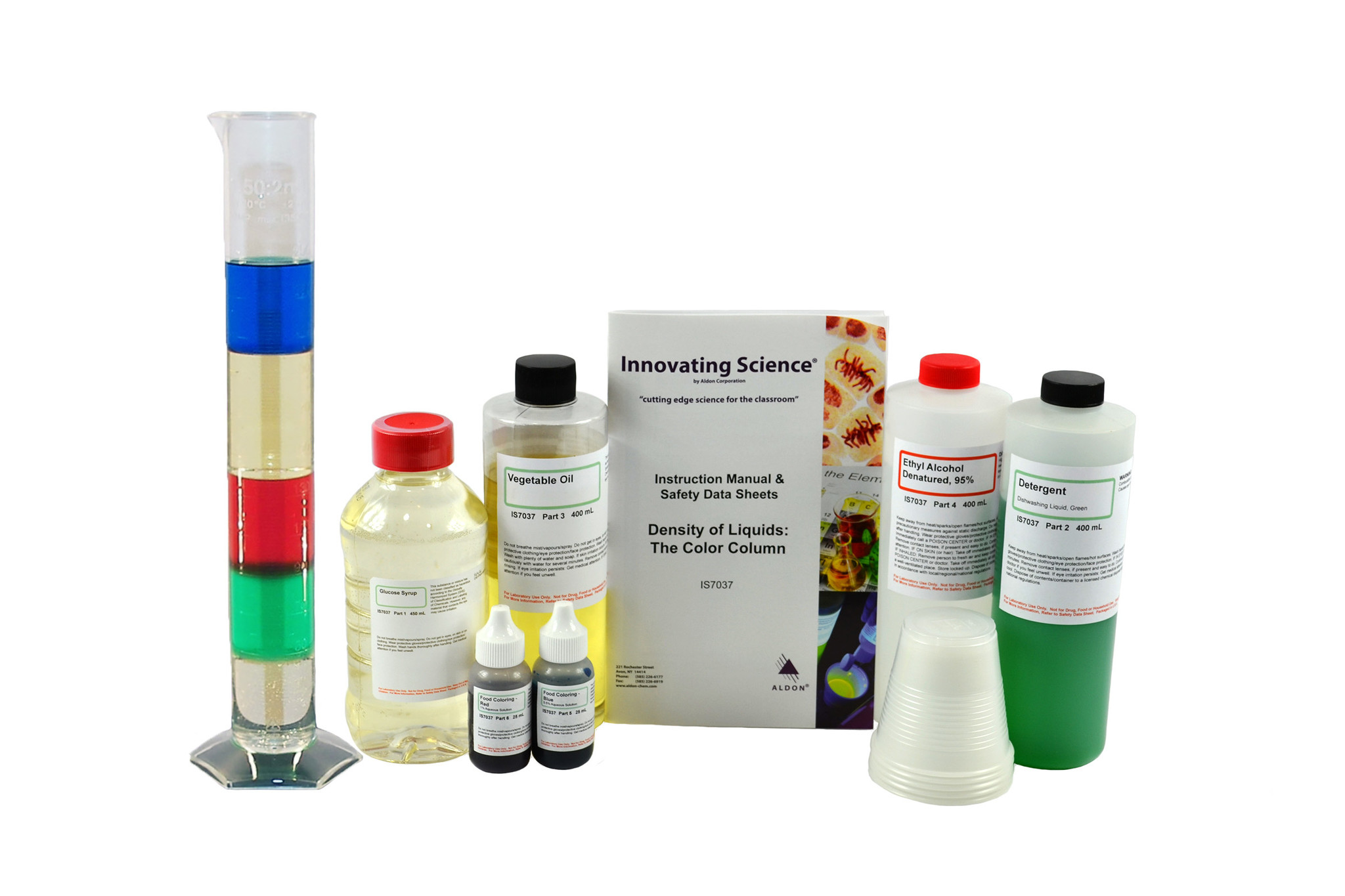 IS7037 Density Of Liquids: The Color Column Demonstraton

Several liquids of varying color are added to a cylinder. Due to differing densities of the liquids, a density gradient is formed resulting in a layered, multi-colored column. As an optional investigation, the relative density of small solid objects may be compared by dropping them in the density column.

Aligned to the Next Generation Science Standards (NGSS)*

WARNING: This product can expose you to chemicals including Methanol, which is known to the State of California to cause reproductive harm. For more information go to http://www.P65Warnings.ca.gov.