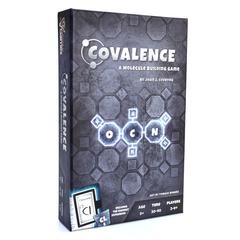 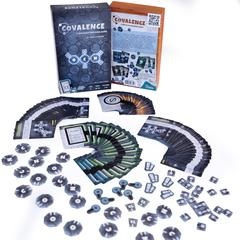 Covalence is a chemistry-themed cooperative card game where players work together to accurately build a number of secret organic molecules. One player has knowledge of a set of Secret Molecules. All other players must deduce what these secret molecules are, based upon clues given to them. Players must cooperatively construct their molecules before the clues run out!

One player takes on the role of the “Knower” while all other players then become the “Builders”. The Knower has access to a number of Secret Molecules and will give the Builders clues about these as they attempt to identify their structure. After setting up the Clue cards in front of her, the Knower will randomly designate 3 Secret Molecule cards for each Builder (4 Secret Molecules if there is only one Builder). Each Builder then takes a set of Element Tiles that bear a variety of elements and bonding patterns.